Armenia's national parks and reserves complement the magical beauty of Armenia's nature. Both national parks and reserves are considered specially protected areas. They are the state's restriction or prohibition of economic activity in different areas of nature by legislation aimed at preserving biodiversity and ecosystems. This limitation of the legislation ensures the conservation and reproduction of unique ecosystems, rare, endangered, endemic species in the natural environment.

Shikahogh Reserve
Shikahogh Reserve was established in 1958. The reserve is located in the most picturesque Syunik region of the Republic of Armenia, on the south-eastern slopes of Mount Khustup, on the north-eastern slopes of the Meghri mountain range, at an altitude of 700-2800 m. The area is about 10,330 hectares, and 94% of the area is forested. It was formed for the protection of oak, hornbeam, beech, common oak, pine forest, and animals. There are many mountain rivers and mineral springs.
The flora is rich in Caucasian-type moist plants, endemic heat-moist shrubs, and herbs. Interestingly,  there are wild fruit trees here: pears, oriental apples, Greek wild walnuts, etc.
Among the reptiles of the fauna in the area of the reserve are known gyurza, waterfowl, common gulls, the Armenian mountain-steppe shield. Birds include wild turkeys, rock eagles, bald eagles, mammals such as gray wolves, gray rabbits, broad-shouldered hedgehogs, and sometimes bezoar goats and leopards. It is also worth mentioning that 18 species of plants in the reserve are registered in the Red Book of the former USSR, and about 80 species in the Red Book of Armenia. 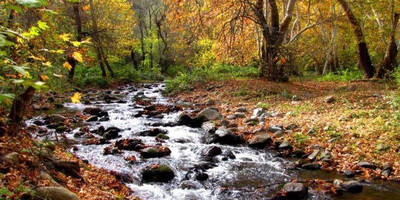 Khosrov Forest Reserve
Khosrov Forest Reserve is located on the historical site of Khosrov Forest, a hunting ground founded by the Armenian King Khosrov II Kotak in the 4th century. Located in the Ararat region, in the basins of the Azat and Vedi rivers, occupies an area of 27,000 hectares. It starts from the bank of the Araks River, near Dvin, and stretches to the Azat River.
Khosrov forest reserve is famous for its forest, semi-desert, mountain-dry, especially Mediterranean-type vegetation. About 64% of the area is occupied by mountain plants, 16% by forests, and 20% by shrubs. Among the fish living in the ponds are the red trout, the birds the rock trout, the bald vulture, the mammals the wild sheep - mouflon, the bezoar goat, the grizzly bear, the broad-eared hedgehog, the moon, the pre-Asian leopard. 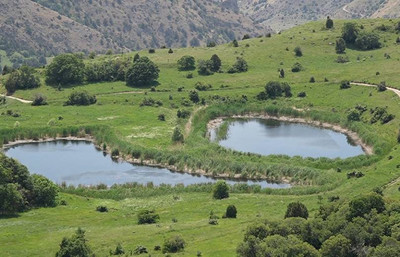 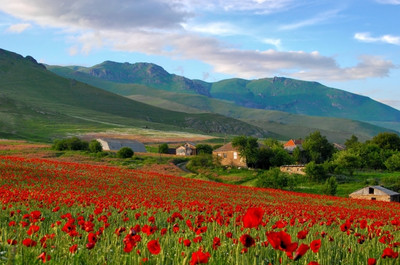 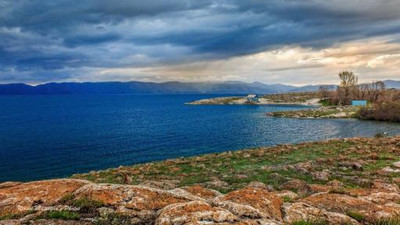 Dilijan National Park
Of course, what about the Tavush region without a national park? Dilijan National Park is located here with its rich nature. It was organized in 1958 to preserve and enrich flora and fauna and to obtain new species in local conditions. Forests are of first-class and have land protection, water regulation, scientific-economic significance. The flora of the national park includes 902 species of flowering plants, 40 of which are rare. And 29 of them are registered in the Red Book of Armenia.
In the Dilijan reserve are the remnants of the Tertiary era, the redwood (crescent) groves, of which Aghnabatin (Getik basin) is the largest in Transcaucasia. Many species of sorrel, mint, thyme are widely distributed among pharmacies.
The fauna includes grizzly bears, deer, mink, mink, forest cat, fox, lynx, Persian squirrel, as well as many reptiles and amphibians. There are also many birds: Caucasian woodpecker, mountain turkey, gray parrot, woodpecker, thrush, and pigeons. 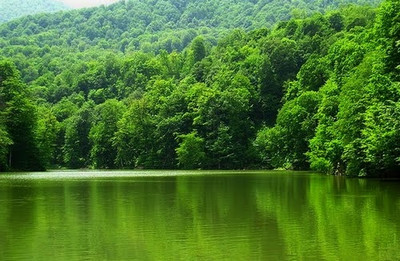 Lake Arpi National Park
Lake Arpi National Park is located in the Shirak region of Amasia and Ashotsk regions, on the eastern slopes of the Yeghnakhagh mountain range and Javakhk mountain range, occupying an area of about 25,000 hectares.
After independence, Lake Arpi, located in the northernmost part of Armenia, was in a state of disrepair. This had a serious negative impact on the lake ecosystem. To solve the problem, in 2009, by the government's decision, this national park was created to preserve the unique biodiversity of the Javakhk-Shirak plateau. Here is the largest colony of Armenian quail in the world, the only settlement of curly-haired peacocks in Armenia.
Out of 366 bird species registered in Armenia, about 225 are found in Lake Arpi, and in this aspect, the lake is considered a very interesting area for bird watching. Of the 225 species of birds, 40 are registered in the RA Red Book, 29 are predators, and the rest are various waterfowl. In the area, we can find 670 species of plants (orchids, lilies, irises, poppies, lilies), 25 of which are included in the RA Red Book. 22 of them are endemic species.
Ecotourism opportunities in Lake Arpi National Park
The national park has a visitor center and a guest house. The visitor center is located in the Ghazanchi community near the national park. The guest house is located in the Berdashen community, next to the administrative building of the national park. The visitor center provides various services to tourists, including hiking, bird watching, skiing, etc. 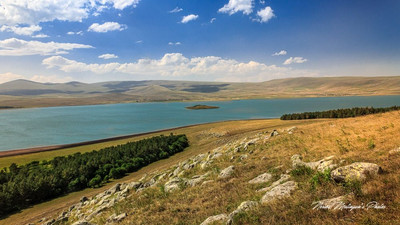 Arevik National Park
The territory of Southern Armenia, particularly the Syunik region, is distinguished by unique ecosystems, geological, landscape, biological diversity, numerous historical and cultural monuments, recreational resources, one of which is the Arevik National Park. The Arevik National Park with an area of 34401.8 hectares was opened in 2010. Almost the whole system of landscape zones is represented in the territory of the National Park.
For the first time in 60 years, a striped hyena was registered in Armenia, which is registered in the Red Book of Armenia. According to some scientific sources, since the beginning of the 20th century, the hyena was sometimes found in the basin of the Araks River, in the regions of Echmiatsin, Meghri, Shamshadin, and Ijevan. The last mention of a hyena was made in 1925 when the animal was seen near the village of Novruzlu in the Artashat region. According to some sources, this animal was seen in 1940. 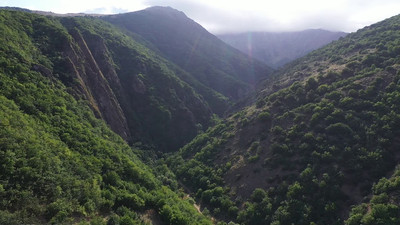