→ Blog → Characteristics and history of the Armenian caves

Characteristics and history of the Armenian caves

Caves have a special place in the cultural and natural wealth of the country. The results of the

Armenia is also rich in interesting and fascinating caves. The Armenians used the caves as a

fortress, places of worship, as a shelter, as a storehouse or as a barn for animals. Due to the

minimal air flow, these caves were warm in winter and cold in summer.

Let's walk around Armenia and discover these amazing creations of nature.

"Simon Zagha" is a cave located near Gnishik and Mozrov settlements of Vayots Dzor region,

the length of which is about 200 m. The interesting thing is that there are many beautiful

formations in the cave - crystals, stalactites, columns, and also water. 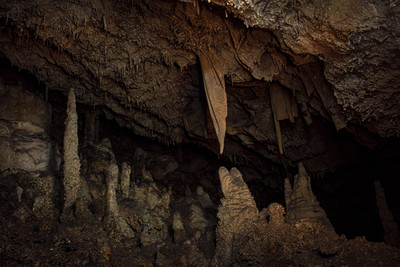 and activities of our ancestors. The oldest layer of the cave has a history of 15,000 years. Not

only traces of ancient people but also volcanic eruptions have been found here. Researchers

have already collected data from ancient caves near the village of Aghitu in the Syunik region, 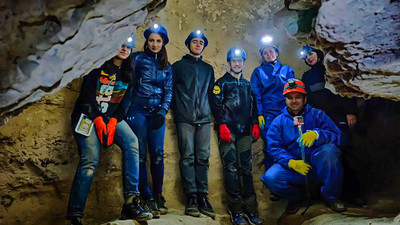 "Magel Cave" is considered to be one of the largest caves in Armenia. It is located in Opi gorge

of Vayots Dzor region, on the second kilometer of the road leading to Noravank gorge. The

Magel Cave is a karst cave by its type. The cave was named Magel or Magil in 1980, when

The entrance to the cave is so small that only one person can enter it. The cave is quite deep,

but at present it is only mapped to a depth of 1.7 km. Many passages remain completely

unexplored. The depth of the cave is the reason why the air temperature here is always 14 ° С.

The cave narrows and expands in its different parts, in some parts, even reaching 10-15 meters

It is noteworthy that Magel Cave was inhabited during the Neolithic period. This is evidenced by

the study of bear bones, stone tools and other objects found in the cave. It was a safe place

against animal attacks because of the remote location of the cave.

There are steep landings and holes in the cave. Eight species of bats live in Magel Cave, six of

which are registered in the Red Book of Armenia.

If one day you decide to see "Magel Cave" with your own eyes, be sure to be guided by an

experienced guide, as there are many sections and difficult passages in the cave, which can be 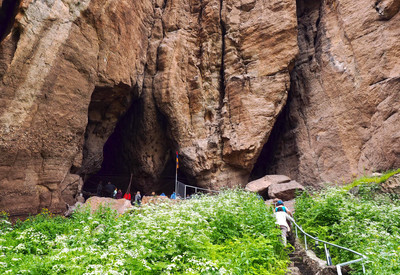 The caves testify that the area has been inhabited since ancient times. In the 13-14th centuries,

the population of the area took refuge from the Mongol invasions in these caves. The caves are

on the edge of a huge gorge. In ancient times, people had to build a staircase out of logs

stacked on top of each other, which looked more like a raft than a staircase, from which 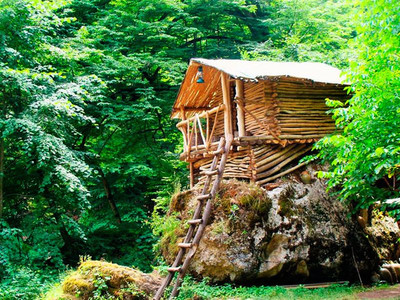 "The Bird Cave" or "Areni Cave" as it is better known, is located 12 km away from

Yeghegnadzor, on the left bank of the Areni River. It is a complex of small caves connected to

each other. It consists of 3 halls, has an area of about 500 m. Unlike "Magel Cave", it is easier

The oldest leather shoe in the world, discovered more than 5,500 years ago, was discovered in

September 2008 as a result of excavations in the Bird Cave.

The Bird Cave is considered to be the first winery in the world, as excavations have uncovered

evidence of ancient winemaking. As a result of the research, they found dried grapes, dishes, 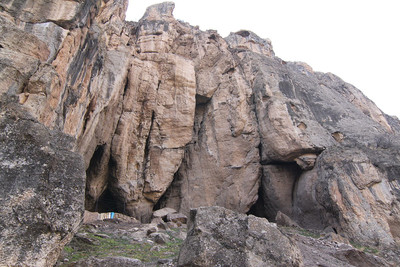 "The Bear Cave" is located in the Vayots Dzor region of the Republic of Armenia, 3 km directly

from the village of Arpi. It is one of the largest and most beautiful karst caves in the Armenian

highlands. According to meteorological studies, the average temperature of the cave is 10.2 ° C.

The total length of the cave is 3500 meters, which deepens the earth more than 700 meters.

The name is associated with the bones of bears found in one of the halls. Inside the cave there

are many huge halls, which are connected by narrow corridors, which can be crossed only by 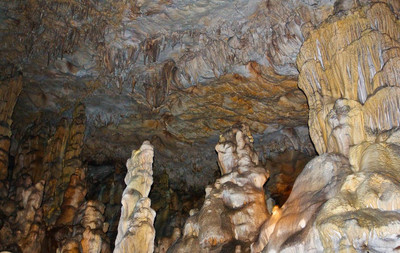 village. It is interesting to note that the Mozrov Cave was opened in 1980 during a road

construction explosion. It is quite deep, about 260 m. Inside the cave is a beautiful creation of

nature, rich in various minerals. It has a multi-hall structure, which consists of a number of halls

and corridors, which have different names․

In the days following the discovery of the cave, researchers were surveying and measuring the

hole discovered by the road builders and so founded new interconnected halls and passages.

According to research experts, the cave is a natural monument of world importance, which has 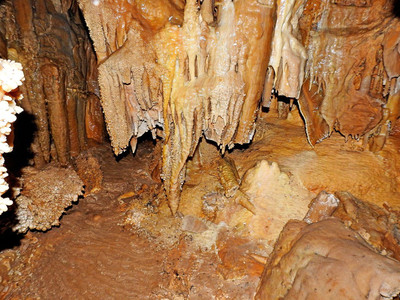 In addition to the amazing caves created by nature, there are man-made caves that were built

for different purposes. Some cave dwellings found in the Armenian Highlands are distinguished

by stone doors. They are mainly found in the valleys of the southern slope of Mount Aragats:

early medieval and medieval monuments. Interesting is the hypothesis that caves with stone

doors are associated with pre-Christian culture. The reason is that there are no rock churches in

this region, and the churches built in the 5th-16th centuries do not have stone doors.

They were mainly built in already formed caves and served as food storage places. They were

The caves mostly consisted of three parts. The first is the cave hall, the second is the tunnel-

shaped entrance to the hall, and the third is the stone door. The number of halls in the caves

could reach 7 These are areas with a natural excavation area of 40-45 square meters. The

stone doors of the caves were made of basalt stones, which opened inwards.

The preserved cave on the western slope of Aghdzk village, Amberdadzor, consists of 3 halls

and 3 doors. Part of the cave was designed by people.

The cave of Kosh village is located in S. 600 m north of St. Stephen's Church. It consists of 5

stone doors. Caves with such stone doors are monuments of great archeological and historical

However, we should not forget that the main danger of the cave is the active impact of a person.

Therefore, each of us, visiting these beautiful archeological sites, should treat them with care

and caution, trying to preserve and pass them on from generation to generation as much as

possible. After all, nature has endowed Armenia with a number of beautiful and rich caves,

some of which are still being studied. 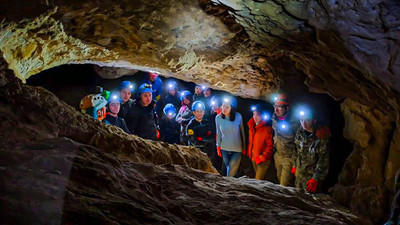