→ Blog → Castles And Fortresses in Armenia

Castles And Fortresses in Armenia

If you are touring Armenia, it is worth spending some time visiting the castles and fortresses of Armenia, as they have a rich historical and cultural significance. And as you know, the Positive Day tour always organizes visits to the sights of Armenia, including castles. Therefore, today we will introduce you to the fortresses and castles that are definitely worth a visit.

The Black fortress was built in 1834 and is located near the city of Gyumri, Shirak region. Underground roads were built for this fortress. The roads led to the Red Fortress, and to the monument of Mother Armenia. This fortress is included in the list of historical and cultural monuments of Gyumri. Initially, it was a defense structure of Alexandropol. Moreover, it also served as a military prison.

Numerous excavations and studies were carried out in the area of ​​the fortress. The first studies were made in the second half of the 19th century. As a result of the studies it became clear that this fortress was the oldest residential part of the city. On the other hand, a small settlement with a sanctuary, a small statue, a bull, a mausoleum of antiquity were discovered. Inside the courtyard are tombs from the 6th-8th centuries BC. In addition, in the area of ​​the fortress, there is a rich cultural heritage, dating from the Bronze Age to the Iron Age. 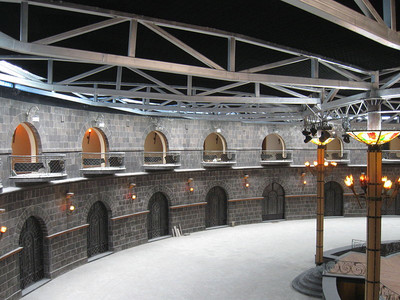 Halidzor Fortress is one of the oldest Armenian architectural complexes, located in the Syunik region, on the right bank of the Voghji River. It was built in the first half of the 17th century as a virgin desert. In 1668, 70 nuns lived here. And in the 18th century, the fortress became the main fortress of David Beck's liberation struggle, the center of the Armenian power in Syunik.

The walls of the fortress have an irregular quadrangular shape in the plan. In the complex, due to its size and location, stands out the St. Astvatsatsin Church, built in the 17th century, and rebuilt in 1723. According to the legend, the tombstone of General David Beck is here. Halidzor Fortress, like most fortresses in Armenia, had a secret way to reach. 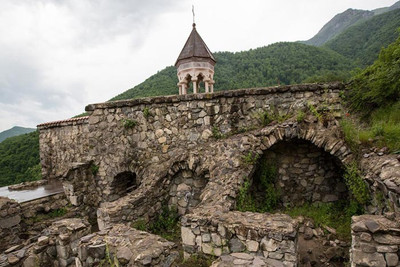 According to the legend, when the Arabs came to these lands, Ashot Yerkat fortified himself with his army in the fortress called Ghali Kar. The enemy besieges it but can do nothing to the fortresses. An old woman sneaks out of the fort to fetch food for the besieged. The Arabs forcibly learned the way of water from her and cut off the water. Despite it, Ashot Yerkat, who was in the fortress, did not give up. One dark night he left the fort with his army and moved to Sevan. 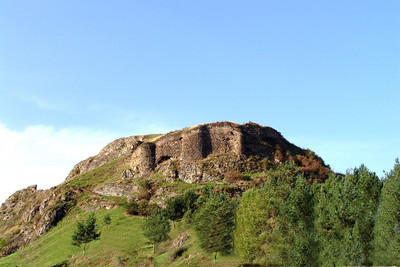 Tavush Fortress, or as it is called Tslik Amram Fortress, is located on the outskirts of the fortress town of the Tavush region. The first mention of the fortress dates back to the beginning of the 10th century, as the residence of the deputies of Ashot Yerkat (mainly Tslik Amram). Today, in the area of ​​the castle, you can find pottery and other items left from the past.

Lori Fortress's medieval impregnable castle is located in the Lori region, 4.5 km away from Stepanavan arboretum. More specifically, it is located at the intersection of Dzoraget and Urut gorges. It is founded by David Anhoghin, probably in 1005-1020.

The fortress occupied an area of ​​33 hectares and flourished in the second half of the 11th century, becoming the capital of the Tashir-Dzoraget Kingdom. The church and 2 baths have been preserved in the Lori-Berd fortress. Near the castle, at the bottom of the gorge, there is a medieval arched bridge that crosses the Urut River. On the left side of the bridge, on the rock, you can see various sculptures of crosses.

During different periods of history, it belonged to one Turks, one Persians, sometimes to Georgians. Later, at the end of the 18th century, Lori lost its significance as a fortress, becoming an ordinary fortress, where settlers from different places settled. 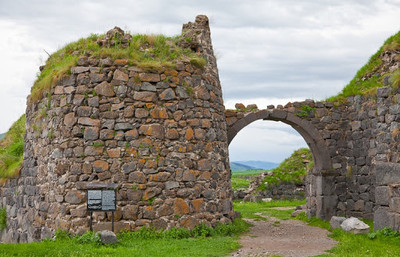 The Smbataberd defense complex is located on the east of Artabuynk village, Vayots Dzor region, on the western side of Yeghegis village. Smbataberd is one of the big old fortresses of Vayots Dzor, Syunik. In connection with the fortress, historical information has been preserved about the battle of Avarayr between the Armenians and the Persians near the fortress in the 5th century. It is possible that it existed even before the 5th century and was considered a base of military significance.

Unfortunately, there is no clear information about the origin of the real name of the castle. It is said that it is called Smbataberd, probably because in the nearby village of Yeghegis is buried one of the knights of the Orbelian throne, King Smbat, who may have rebuilt the fortress. Though, the most probable version is that the castle got its name from the prince of Syunik Smbat who lived in the 10th century. 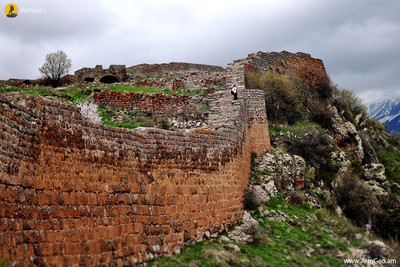 The Horom castle also called the Urartian Citadel was founded in the 9th century BC, in the village of Horom, Shirak region. The castle, which occupies a total area of ​​4 km2, has a strong defensive wall, from which parts of large tuff stones built in a cyclopean structure are preserved.

In 1908, as a result of the excavations led by B. Khalatyants, many tombs were discovered. The materials of the stone tombs (iron ends of spears, knives, daggers, beads, bronze bracelets, etc.) refer mainly to the Iron Age. 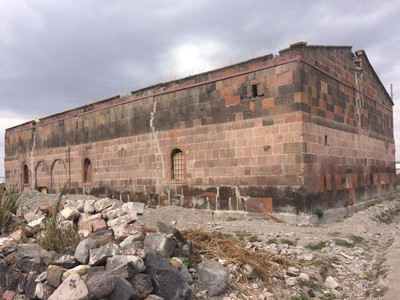 The Amberd castle was built in the historical province of Aragatsotn, 7 km north-west of the present-day village of Byurakan, Aragatsotn region, on the southern slope of Aragats, quite close to the Byurakan Observatory.

It was in this place that the Urartian fortress was built in the Bronze Age, probably because of the natural strength of the place. It was one of the strongholds of the Armenian Kingdom. Amberd mostly became known as a fortress in Roman times after the birth of Christ.

Numerous studies have been carried out here as well, from which it turned out that it was a three-storey building. In some parts it was a four-storey building with a large number of inter-storey roofs. It was rebuilt and strengthened many times. 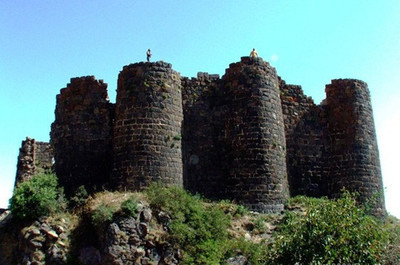 Akhtala Fortress is located in the village of Akhtala, Lori Region, Armenia, 185 km north of Yerevan. The castle occupies a unique place in the Armenian medieval culture, and it was built in the 10th century. It is one of the valuable examples of Armenian Chalcedonian (Orthodox) architecture and fine arts.

The castle was also known as the Pghndzahank. In the area of ​​the castle, there is a monastery of the same name, Pghndzahank Monastery. The monastery later became known as Akhtala Monastery, consisting of three churches.

Erebuni fortress was founded in 782 BC, during the reign of Argishti I, the Urartian king. It is located on Arin Berd hill in the Erebuni administrative district of present-day Yerevan.

The castle with Erebuni triangular plan was built on the top of Arin-Berd hill, had a convenient strategic position, and was protected by strong fortifications. Like most fortresses in Armenia, Erebuni Fortress also had a powerful military garrison and was a major Urartian military-strategic base. The castle is now completely excavated, which is not the case with the other structures around the hill. 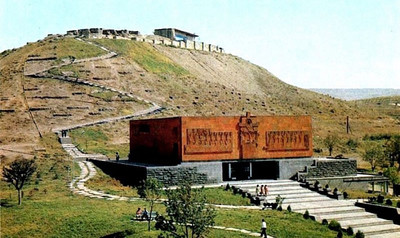