There are many caves in the territory of Armenia, which are the result of the former high volcanic activity in that region. One of the most famous caves in Armenia is Areni Cave.  The world's oldest, the 5500-year-old shoe was found there. Moreover, 4000 years ago wine was made here. The cave is also known as the Bird Cave.

History of the Bird Cave

The Bird cave is located in Vayots Dzor, 12 km away from Yeghegnadzor, on the left bank of the Areni River. It is located on the M2 highway, at the entrance of Noravank gorge. You can reach here with the river restaurant by the way up the hill, which will take you to the triangular entrance pointing to the cave. 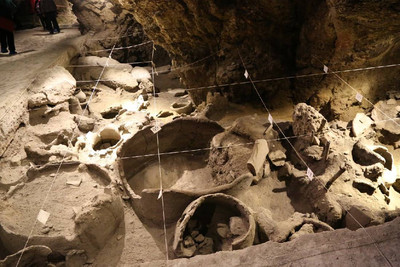 The cave consists of 3 halls, has an area of ​​about 500 m2, most of which has not yet been explored, although unlike Magel Cave, the Bird Cave is easier to explore due to its relatively small area. It is a chain of caves connected by narrow passages, the entrance of which is to some extent covered with large boulders. And new excavations can close the passages and damage the already discovered archeological monuments.

There are at least four meters of the cultural layer in the cave. The inner Neolithic layers belong to the Copper Stone Age. There are traces of Homo erectus (Latin: Homo erectus), which lived in our region more than two million years ago.

Excavations in the Bird Cave

As for the excavations in the Bird Cave, it is also worth mentioning that archeological excavations have been carried out here since 2007, as a result of which numerous finds were made, attributed to 4200-3500 BC: plant remains, dishes, grapes, apricot kernels, reed fabrics, female skulls, mummified goat body parts, etc.

In September 2010, excavations at the Bird Cave revealed the world's oldest leather shoe, more than 5,500 years old. Later, in 2011 it was found here women's skirt attributed to 3900 BC. According to the head of the archeological team who discovered it, Ron Pinhasi, an archaeologist from Cork University in Ireland, the shoe, adapted for the right foot, was probably specially packed with grass to keep the shoe in its shape. The shoe was small, which corresponds to the modern European 37 shoe size. By the way, according to the laboratory examination, it was determined that the ancient shoe is 5637-5387 years old. 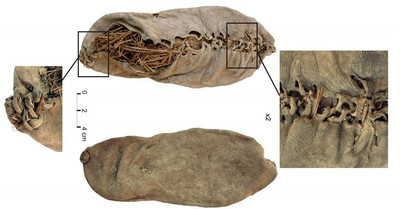 Bird Cave as the first wine factory in the world

Later excavations uncovered evidence of Eneolithic winemaking. As a result of the research, they found dried grapes, dishes, clothes, women's skulls, etc.  In addition, the Bird Cave is considered to be the first wine factory in the world. Excavations in 2007 have uncovered findings related to winemaking. According to Boris Gasparyan, a researcher at the Institute of Archeology and Ethnography of the National Academy of Sciences, the very first round of excavations brought great success to this place, because the grape crusher was located, which proved that the cave used to be a wine factory. But these were only assumptions; there was a need to prove them. So, the proves were the following

Grape remnants and reed stems were found in the above jar. On that occasion Boris Gasparyan mentions: "Seeing that, I remembered Xenophon's 'Anabasis', where the Greek historian spoke about Armenian winemaking, noting that Armenians drank wine from jars buried in the ground, using hollow reed stalks for that." At present, this winery is considered to be the oldest in the world and dates back to the 4th millennium BC. 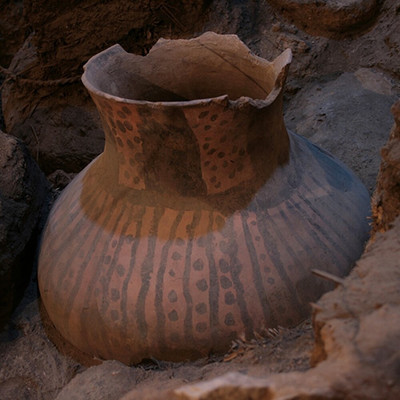 The way of communication with the world full of innocent victims

No people lived inside the cave, and the consumption of wine was a ritual for them. From some of the cave finds, it can be concluded that the ritual of cannibalism was accepted by the wild bankers here. In the depths of Areni cave, next to food storage containers, the remains of children and adults buried in clay pots were found. They were quite well preserved. Three skulls belonged to teenage girls who died 5.9-6.2 thousand years ago, most likely from a bat.

According to the expert, during the research, a working hypothesis was put forward that the sacrificed body parts of the girls were eaten by the participants of the religious ritual. In doing so, they communicated with the world where the innocent victims left.

Like all caves, the main danger of the Bird Cave is active human activity. The visitors caused great damage by painting the walls inside the cave, breaking or taking with them parts of the stone works.

The Bird Cave, which has a history of more than 5000 years, is definitely worth seeing and feeling the breath of ancient times. Positive day tour organizes tours to the Bird Cave every Tuesday and Thursday. At the same time, we will visit Khor Virap and Noravank, and our knowledgeable and experienced tour guides will discover the cozy places of Armenia. Moreover, they will ensure your positive mood during the trip. Places are limited, so hurry!