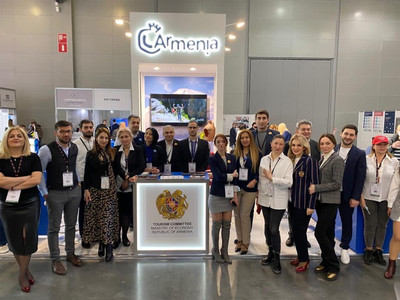 At the MITT Moscow tourism exhibition, held in Moscow from March 16 to 18 this year, Armenia was represented by the Positive Day tour operator. 1500 organizations from 229 countries, including Armenia, participated in the largest tourism exhibition of Russia and CIS countries.

On March 17, the Embassy of the Republic of Armenia in Russia, headed by the Ambassador Extraordinary and Plenipotentiary Vardan Toghanyan, hosted the representatives of the Tourism Committee of the Armenian tourism sector in Moscow. The ambassador considered the presentation of Armenia's tourism potential in Russia and the further reinforcement of the Armenian-Russian relations important in the current difficult times․ During the meeting, Ambassador Toghanyan handed a souvenir to Alfred Kocharyan, the chairman of the Tourism Committee. In addition, the representatives of the Russian tourism were also invited to the meeting. 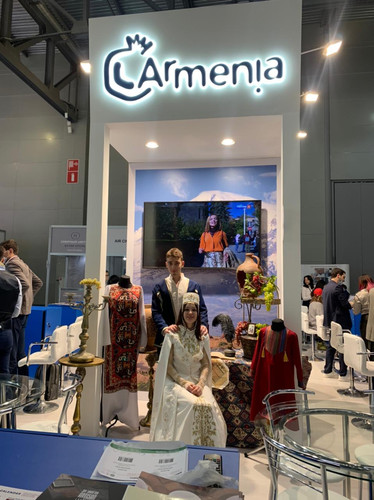