→ Blog → 5 Most Beautiful Waterfalls In Armenia

5 Most Beautiful Waterfalls In Armenia

In almost all regions of Armenia, you can see separate or cascade waterfalls, each of them is unique in its own way. Due to its mountainous nature, the fall of the rivers flowing through the territory of Armenia is quite large, which contributes to the emergence of waterfalls. And today we will introduce you to the 5 most beautiful waterfalls that are the ornament of nature in Armenia.

In the town of Jermuk, Vayots Dzor region of Armenia, there is a hydrogeological monument of nature, Jermuk waterfall, on the right tributary of the Arpa River. It has a height of about 72 m and flows into the Arpa River through 3 domes.

It is said that at the top of the waterfall, on a steep cliff, was the castle of a prince who had a very beautiful daughter. From all over the world were coming to ask for her hand. The beauty rejected everyone because her heart belonged to a brave and handsome young man, the shepherd. Every day after midnight, the girl would throw a long rope from the window of her bedroom into the gorge, with the help of which the shepherd's son would climb up a deep gorge. When one day the prince finds the rope, everything becomes clear to him. At the moment of anger, the father curses the girl, saying: "If you ever meet a shepherd's son, you will become a mermaid and never get out of the water." During a regular meeting, the girl hangs her long hair from a cliff instead of a rope to help her lover climb her castle. But at the same moment, the father's curse is fulfilled. The beautiful woman becomes a mermaid, and her beautiful hair falling into the gorge becomes a waterfall, which people call "Mermaid hair". 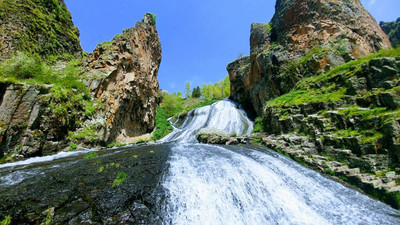 By the way, the natural monument is registered in the list of state natural monuments of the Ministry of Nature Protection of the Republic of Armenia. Jermuk, as we know, is famous not only for its beautiful nature, but also for the presence of numerous thermal mineral springs. Mineral water has a special chemical composition, healing and prophylactic properties.

Trchkan waterfall, located on the border of Shirak and Lori regions on the left tributary of Pambak river, on Chichkhan river. The Chichkhan River originates from the northeastern slopes of the Shirak mountain range at an altitude of 2250 meters, is 29 meters long, and the catchment area is 192 km. And from March to June the river overflows.

The nature of this area is rich in rare species of animals and plants, many of which are listed in the Red Book, and the Chichkhan River is full of red trout. The name of the waterfall Trchkan ("Flight") is associated with these fish, which can be seen at the top of the waterfall. The waterfall is especially beautiful in winter, when it is completely cold. 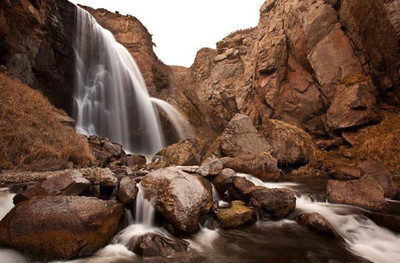 There are two ways to reach the waterfall: on foot or by SUV. The best way to enjoy all the charm of nature and feel all the energy transferred from the waterfall is on foot. We start the road from Dzorashen village. After walking about 4 km, this wonder of nature will appear right in front of you.

Trchkan waterfall has been included in the list of natural monuments since 2008. Later, since 2011 the area has been established as a specially protected zone. Now Trchkan is being passported as a natural monument.

Herher waterfall is also located in Vayots Dzor region, 5 km north of the village of the same name. Nearby is Karavaz waterfall, which is located right on the Karavaz river, joining the Herher River to form the Herher Falls.

Herher waterfall is located in rocky valleys. If you want to see Herher Falls, it is also worth mentioning that although the road is easily accessible, but a rather difficult hiking trail is expected. So, you must have some physical training as well. 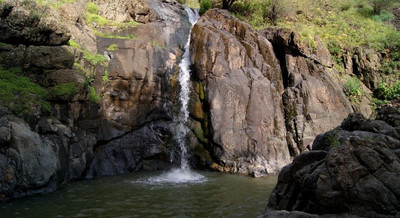 The sound of a waterfall falling from above can already be heard in the distance, but the waterfall hidden between the two rocks is still not visible. Reaching the waterfall, you seem to forget about everything, cut yourself off from the world and enjoy the wonders of nature. The mountains of Vayk and the villages scattered under them open in front of you. The waterfall flows into a small crystalline lake, where it is very pleasant to swim and refresh in summer.

Herher Falls has also been included in the list of state natural monuments since 2008. 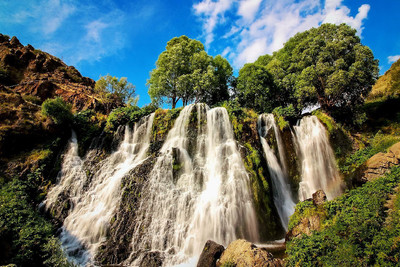 There is a beautiful myth about the name of the waterfall. Shaki was a beautiful girl, she was so beautiful that one of the Arab invaders who came to conquer our country could not stand her beauty, she fell in love with Shaki. The invader ordered the girl to come to him, but Shaki rejected and threw himself from a height. At that moment, the white skirts of her clothes spread and became a waterfall.

Gegharot waterfall is located on the slope of Aragats, on the Gegharot tributary of the Kasagh river, at an altitude of about 3000 meters above sea level. It is located 12 km away from Aragats village. In winter it freezes, and in summer the cold water flows from a height of about 17 meters becoming one of the favorite cool places for tourists. It looks very much like the Trchkan waterfall. 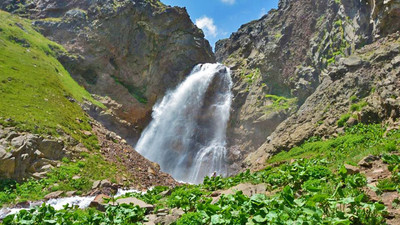 To reach Gegharot waterfall, we descend from the northern top of Mount Aragats through a crater. The most interesting part of this hike is when you see the Gegharot River starting from the eastern slopes, which, accelerating its flow inwards, falls from the rocks, creating the Gegharkunik waterfall.

Gegharot waterfall is also included in the list of hydrographic monuments of the Republic of Armenia.

Day by day we will discover and present to you the waterfalls, caves, churches and museums of Armenia, which have a history of thousands of years and which are worth visiting. And of course, the Positive Day Tour organizes many excursions every day, discovering the wonders and secrets of nature of Armenia.