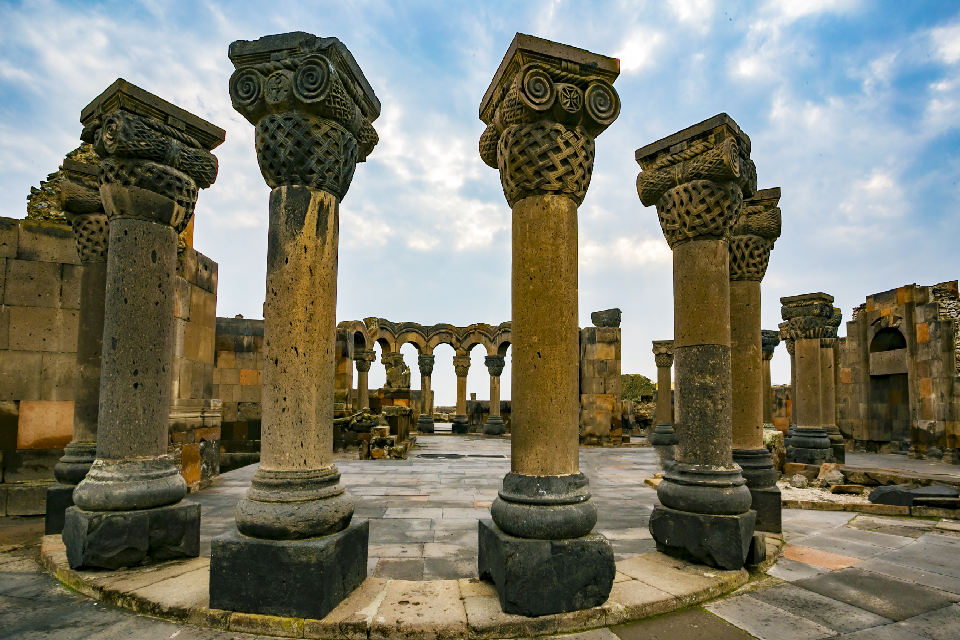 This marvelous temple is a result of skillfulness and brave creativity of Armenian architects of the 7th century. Having been built on several columns it could survive only till the 10th century. When in the beginning of the 20th century this site was being excavated many specialists could hardly accept its reconstruction model designed by famous Armenian architect Toros Toramanyan as it was difficult to believe that such a huge and complicated construction could have been built those days, and amazingly at that time one of the bas-relieves of St. Chapelle church in Paris came to prove Toramanyan's version; the bas-relief depicts Zvartnots temple with Noah's Ark and it looks like the model represented by the architect.