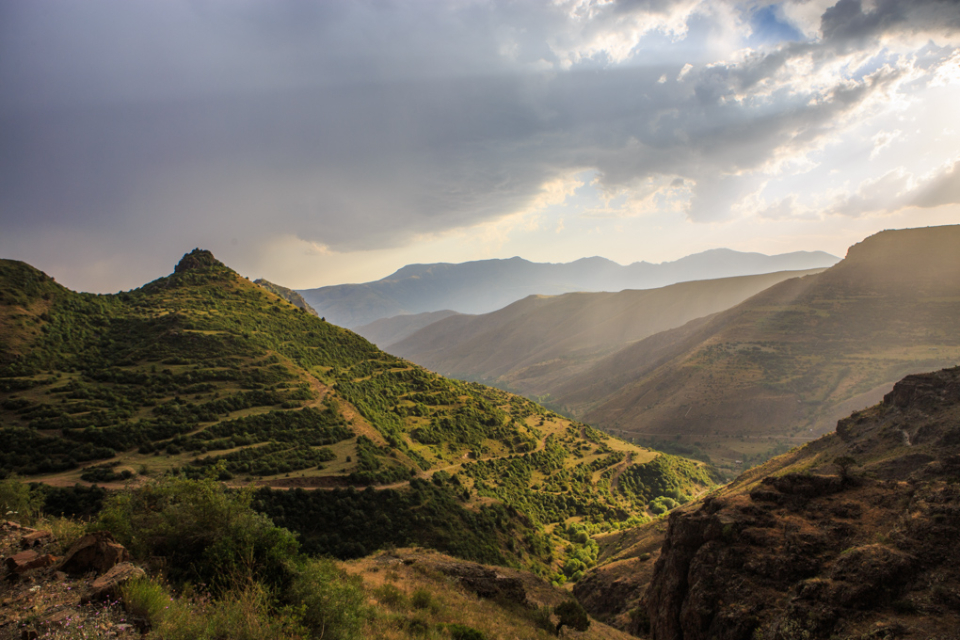 The medieval Yeghegis was one of the richest cities of Armenia. In the 13th-14th centuries it was the residence of the ruling house Orbelyan (Proshyan). Here are the graves of Orbelyans, St. Astvatsatsin Church, which was built in 1703 on the ruins of an older church, St. Karapet Church (13th century), the domed and cruciform Zorats Church. The cemetery of the Jewish community is also located in Yeghegis. You can find cuneiform records in Hebrew and sometimes in aramian on the basalt gravestones. These records enable us to have an idea about the Jewish community, which lived near the prosperous city of Yeghegis of those times from the middle of the 13th century up to 1337. It’s also possible to get an idea about the life of the people who were buried there and their hopes about the existence of heavenly life. On the tombstones there are engraved citations from the Bible as well as Jewish names. The reconstruction of the relics and the fragments of the cemetery and their proper presentation to the visitors have become a way of keeping the memory of the ancient Jewish community who had lived among us for many years.