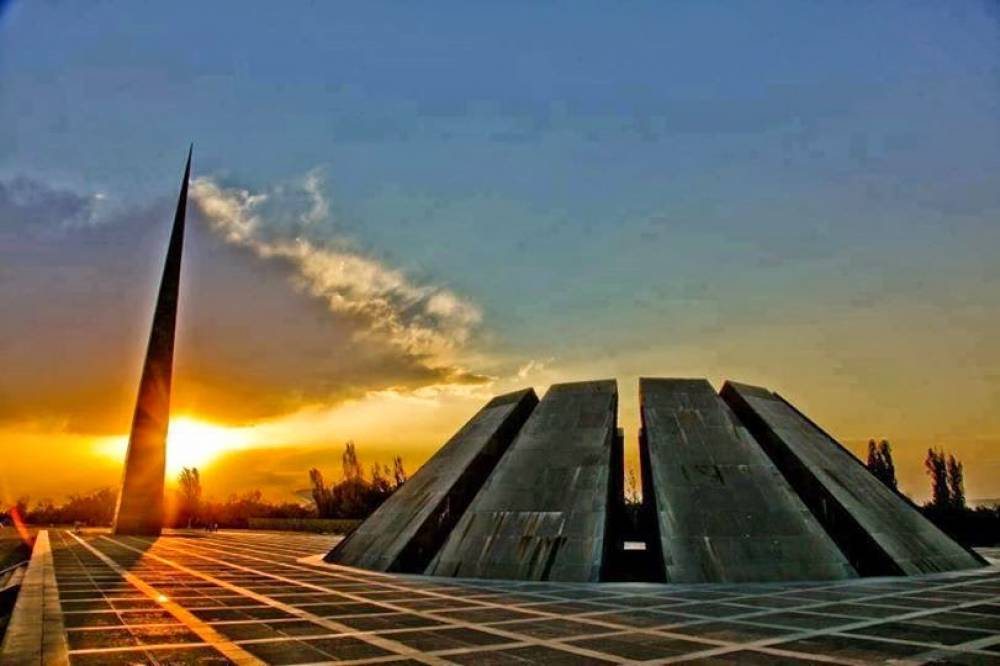 The current identity of the Armenians was largely formed as a result of the Armenian Genocide in 1915, when more than a million people died. The museum is located next to the Memorial Complex. It consists of 2 floors: the first floor is underground, it houses a library, an archive of documents, a conference room and a research center, the second floor of the museum is an exhibition hall. Here guests can get acquainted with documents, photos and personal belongings of the victims of the Genocide. In May 2014, Forbes magazine included the Armenian Genocide Museum in the list of 9 memorial museums that everyone should visit. In the Armenian Genocide Museum you can learn everything about the events leading up to the Genocide, about the Genocide itself and the reaction of the world, including the famous words of Hitler “Who remembers the Armenians now”"
The monument to the victims is a fine example of brutalist architecture. It consists of a 44-meter stele, a symbol of national revival, and twelve plates - a symbol of the twelve lost provinces.
Inside the circular monument you will find an eternal flame dedicated to all the people who died during the Armenian Genocide.
Every year on April 24, great celebrations are held in memory of the victims of the Armenian Genocide to pay tribute to all those who died.