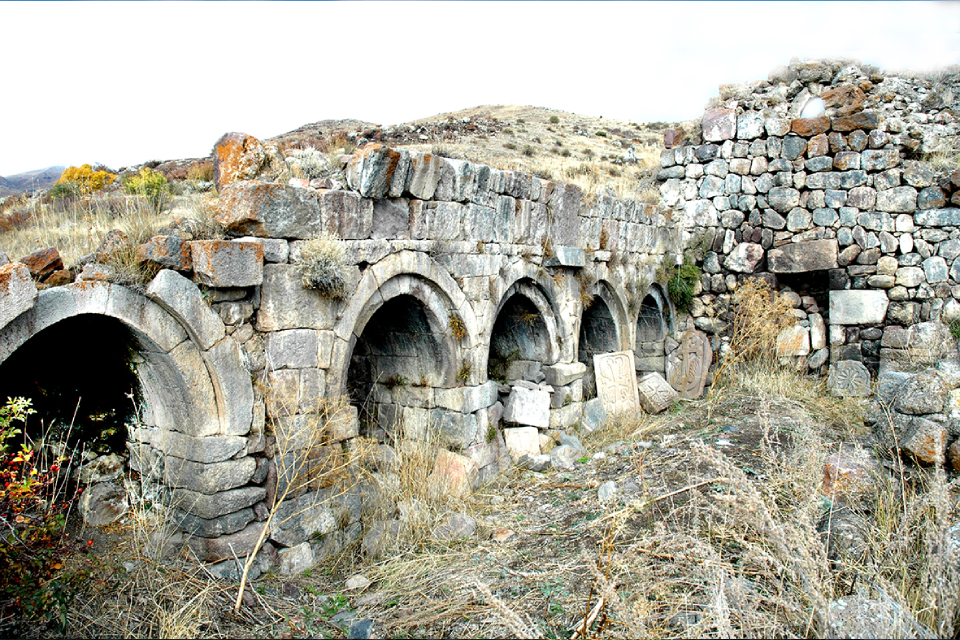 Tsakhats Qar is on the mountains not far from the village of Eghegis in Vayots Dzor region. The monastery consists of two groups of edifices. The western group was built in the 10th century and now is half-destroyed. The eastern group is comparatively well-preserved. The buildings of this group were built in the 11th century. The bas-relief on the northern wall representing a fight between a lion and bull is of great interest, as it is the biggest in its style. A little to the east from the main church there is a two storey chapel-mausoleum.