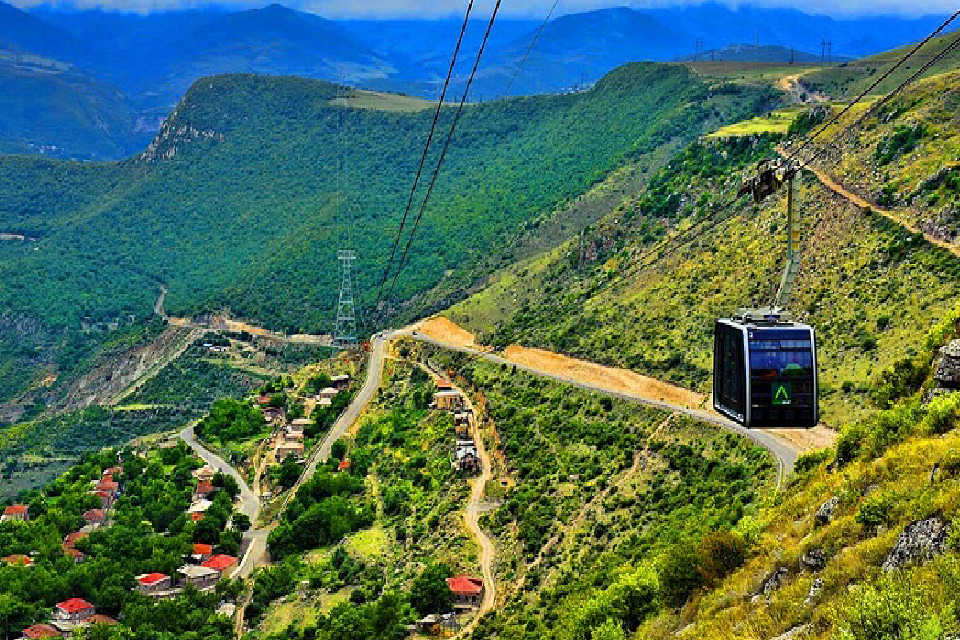 Church bells were ringing loud in Tatev on October 16 of 2010, heralding the launch of a program to revive a medieval monastic complex and the opening of an aerial tramway called Wings of Tatev. The 5.7-kilometer ropeway was built within 11 months, passes through a deep gorge of the River Vorotan and over hills covered with lush forests. The tramway is supported by three towers between its two terminals. One terminal is on a hill overlooking the village of Halidzor and the other is near Tatev Monastery, on the road to Tatev village. Two cabins operate at once, traveling in opposite directions. There are six cables altogether (3 for each cabin), each uniquely foreseen for the specifications of this project. Within about 11 minutes a tramway cabin takes passengers, 25 at a time, from the village of Halidzor to the magnificent complex of Tatev.