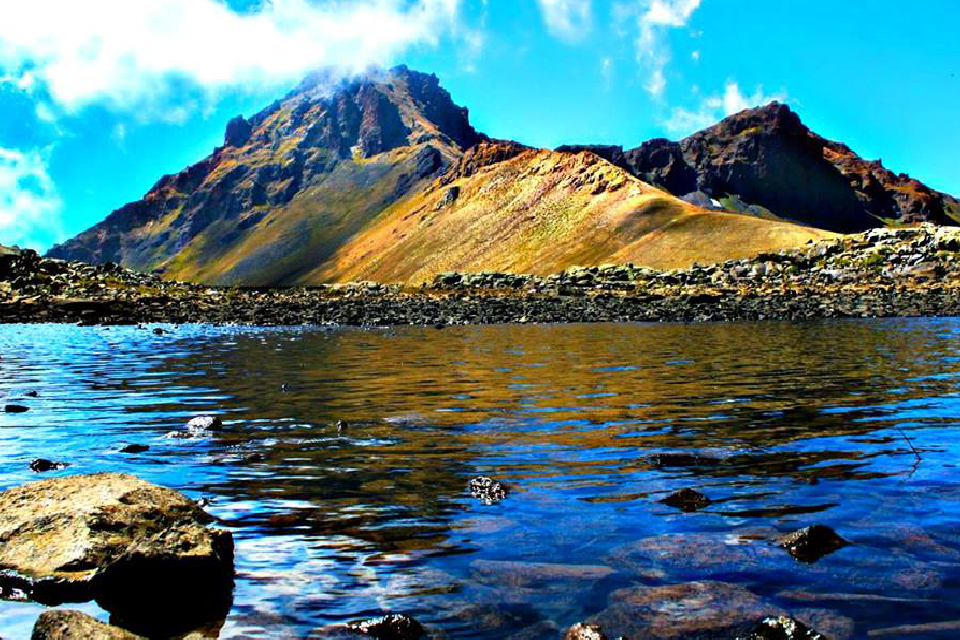 The petroglyphs of Oughtasar mountain have their special place in the heritage of primeval Armenian art. On this camelike mountain the primeval man has carved the first image of his thoughts. The petroglyphs represent subject scenes, where single episodes of primitive people's social life are depicted with the surrounding nature. These ancient stone canvases bear scenes referring to the first man's idea about hunting, worship, ritual and cosmic phenomena. In the rock carvings of Oughtasar the entire wealth of the Armenian fauna is designed. The primeval artist's skillfulness revealed in animal depicting is astonishing. He managed to exactly reproduce the rhythm of movement and body details of the animals. The technique of carving is of great interest. The petroglyphs are graphic and are represented horizontally or vertically on the flat, brown and black rock-fragments. The depth of their cutting is 2-6mm, while the width is 2-21mm. According to the form, style and the technique of execution the rock-carvings are considered to belong to the 5th -2nd millennium B.C.