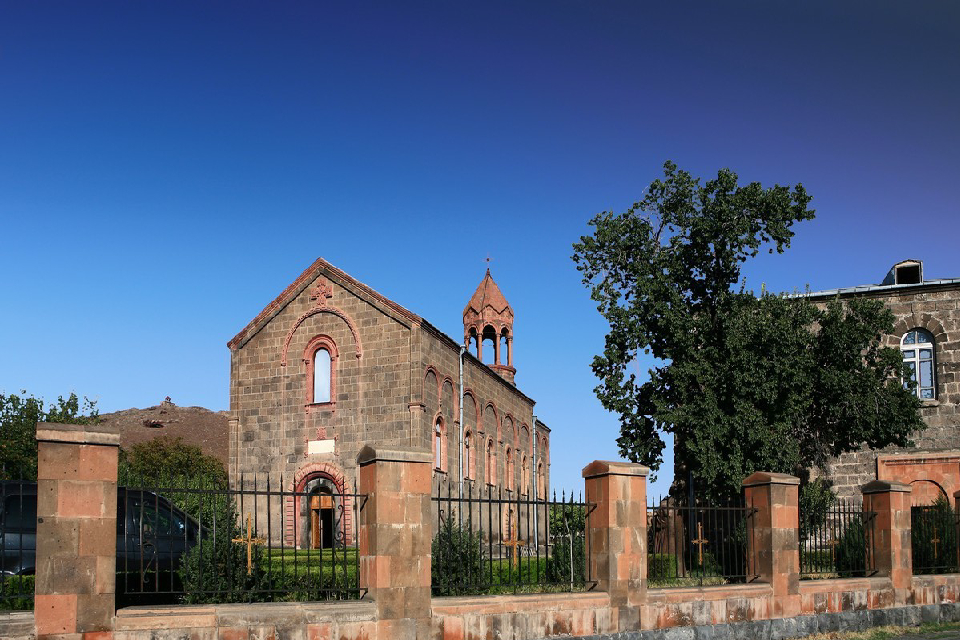 Oshakan village has been a holy place since the 5th century, when in 440 due to the duke Vahan Amatuni's efforts the creator of Armenian alphabet Mesrop Mashtots was buried there and a small church was built over his tomb. In the 19th century a bigger church bearing the name of St. Mesrop Mashtots was constructed in the place of the old one. Every year many first class schoolchildren learn the first letter of the alphabet in this church after an oath at the tomb of St. Mashtots.