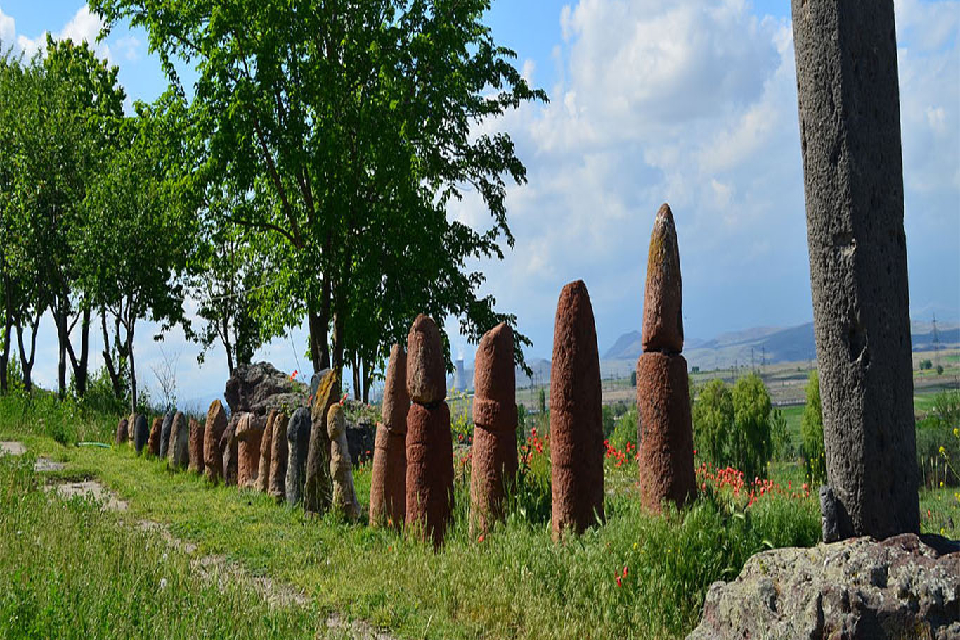 The fortress of Metsamor is situated in the middle of Ararat valley, 35 km far from Yerevan. Metsamor is one of the oldest dwelling places in Armenia. The excavations have uncovered several chronological layers which belong to the late stone, bronze, iron ages and medieval ages. According to the excavations Metsamor was already a cradle of civilization in the early bronze age (4th-3th millenium B.C.). Judging by the personal belongings and ritual attributes quarried in the catacombs one can assume that in the late bronze age there existed a class subdivision. Many coins from different countries and seals with hieroglyphs testify that Metsamor was situated on the crossroads of the main trade routes. Almost 22000 finds excavated in the territory of Metsamor are now displayed in the museum opened in 1968, near the ruins of the dwelling place.