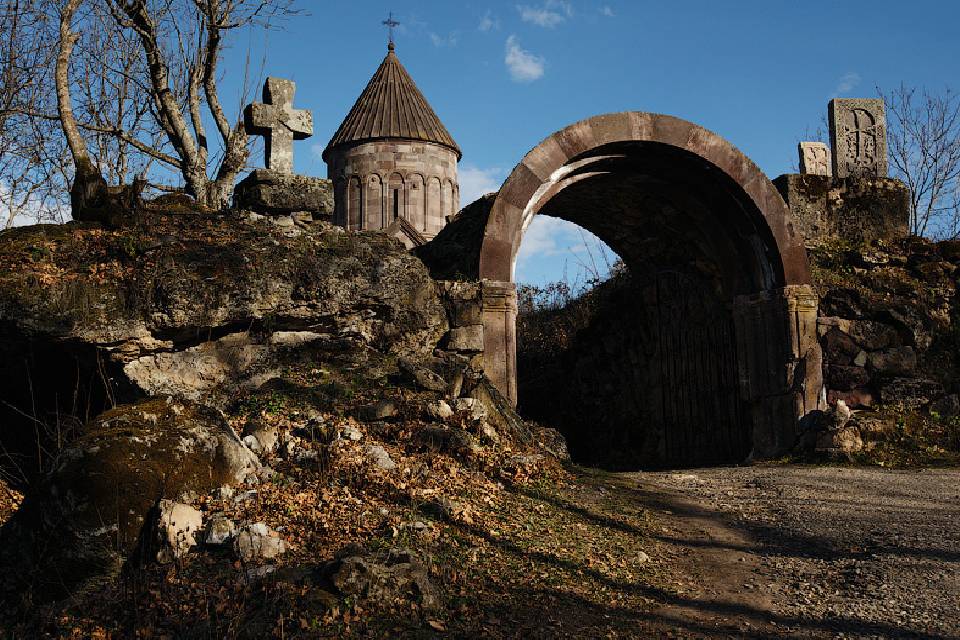 Makaravank is a 10th-13th century church complex near the Achajur village of Tavush Province, Armenia, located on the slope of Paitatap Mountain. Though the monastery is no longer used for services, the complex is well preserved. There are 4 churches, a gavit (narthex) that serves the two largest of the churches, and other buildings which served secondary roles. At one time, there used to be vast settlements around Makaravank, the presence of which was of great importance for the growth of the monastery.

The oldest church of the group was built during the 10th and 11th centuries. The materials used in its construction were mostly large pieces of roughly hewn red tuff (a common Armenian building material). One of the churches, named Surb Astvatsatsin church, was built in 1198 in white stone, on the eastern side of the complex. Surb Astvatsatsin is attributed to Hovhannes. The main church was built in 1205, using pink andesite, with a red andesite gavit.

The monastery was surrounded with walls, its gate was decorated with columns. Numerous residential structures were situated in the enclosed territory. Among them were architectural pavilions housing mineral springs. Makaravank’s structures are built of dark-pink andesite and red tufa, with occasional greenish stones. There are also remnants of a fence, and a spring/well of the 12th or 13th century outside of the walls where a picnic area is now located.