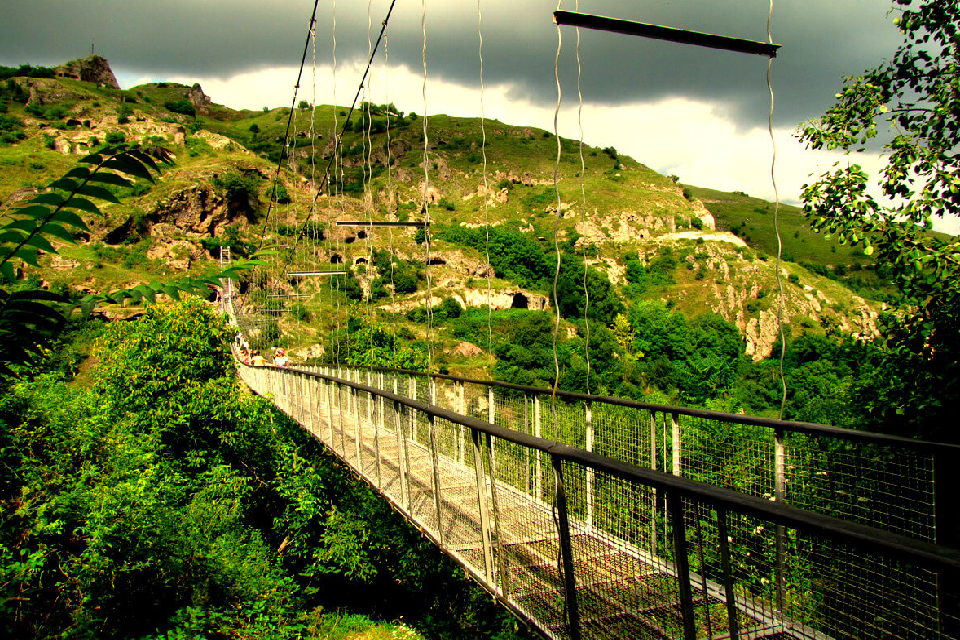 Khndzoresk is located at a distance of 8 km from Goris. The village is famous for its natural stone carpets. Old Khndzoresk is situated on the two slopes of the mountainous valley. There were no flat areas on those slopes for building settlements and for this reason people used caves. During the national liberation movement of Syunik (1722 - 1730) due to its inaccessible geographical position Khndzoresk served as a stronghold for Syunik. Armenian commander Mkhitar Sparapet is buried in Khndzoresk and next to him rest his son Aharon and the Lady of Syunik Gohar. Recently a unique structure - a "swinging bridge" has been opened in Khndzoresk the length of which is 160 metres, the height from the deepest point in the gorge is 63 metres and the width is 1,5 metres. 700 people simultaneously can go across this bridge weighing 14 tons. The bridge from where opens a magnificent view connects the two banks of old Khndzoresk.