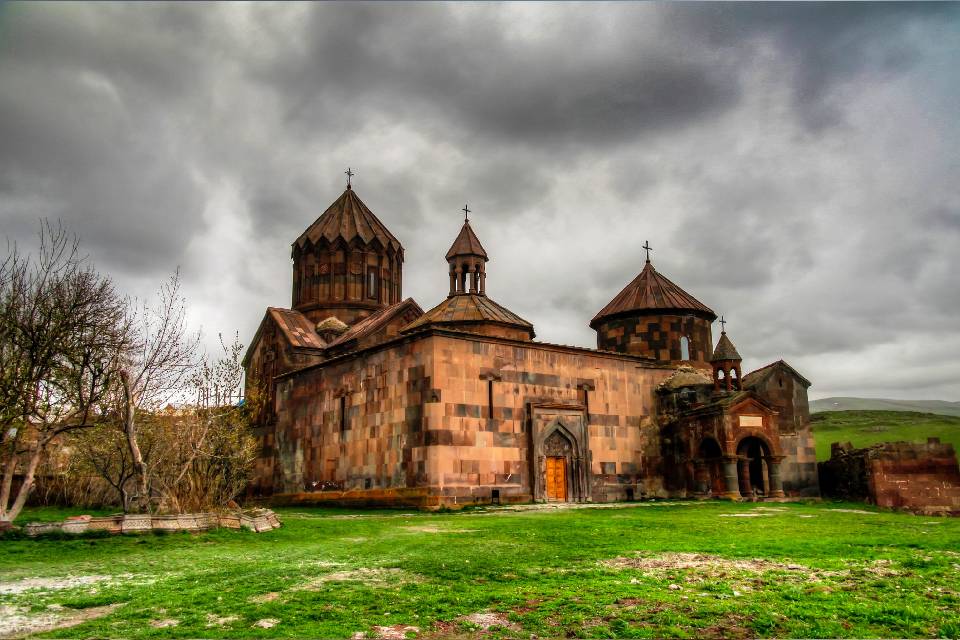 The monastery complex of Harichavank is situated on the western slope of Mount Aragats, on a roky cape. According to the architects' studies the complex was founded in the 7th century. In the 13th century the main church was built. In the 19th century the complex became the summer residence of Catholicoses. Not far from the main buildings there is a small chapel which is of great interest. The chapel is built on a piece of rock, which as a result of an earthquake split from the cape and the chapel is now towering over the canyon.