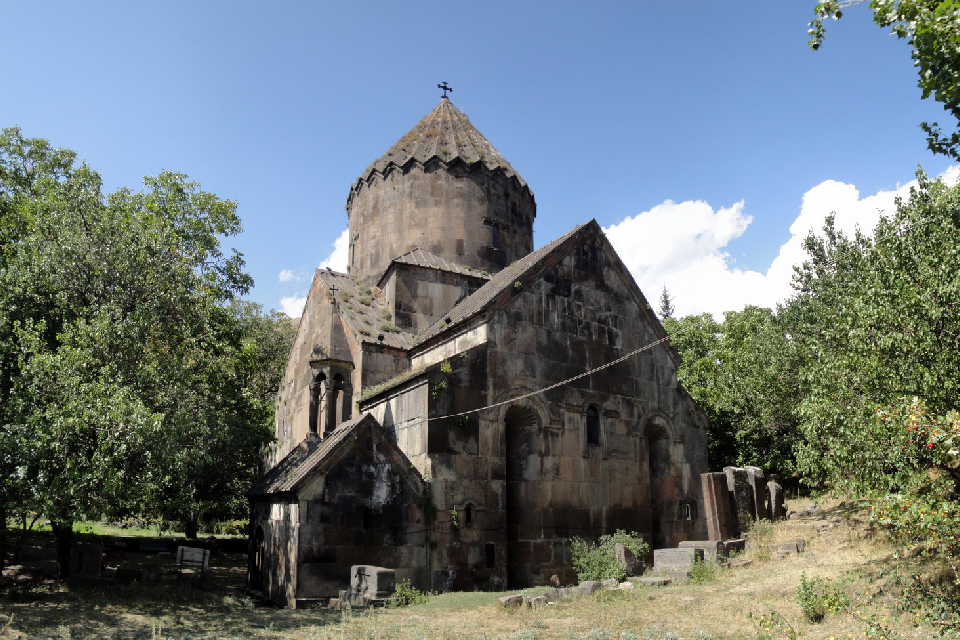 St. Astvatsatsin monastery of Bjni was founded in 1031. Saint Astvatsatsin - the main church of the monastery was built by Grigor Magistros (Master) Pahlavuni. An Episcopal chair should have been established here. The monastery of Bjni, also known as "Master’s Seminary", used to be the centre of Mediaval Armenian manuscripts. In 1637 French traveler Sharden spent a night here. Later he gave the description of the monastery in his travel notes. Not far from the monastery of Bjni there stands the fortress of Bjni. It is located on upland promontory, surrounded by impregnable rocks. The exact date of its founding is not known. It is referred beginning from the early Middle Ages. In 10th century the ancient fortress on cliffs was rebuilt by Pahlavuni princes and transformed into a powerful fortress of Medieval Armenia. A legend is connected with the monastery of Bjni. It is said, that the fortress and the monastery of Bjni were joint by underground way, through which, with the help of four-wheeled carts food and drinks were carried to prisoners. During excavations some part of underground passage was revealed.