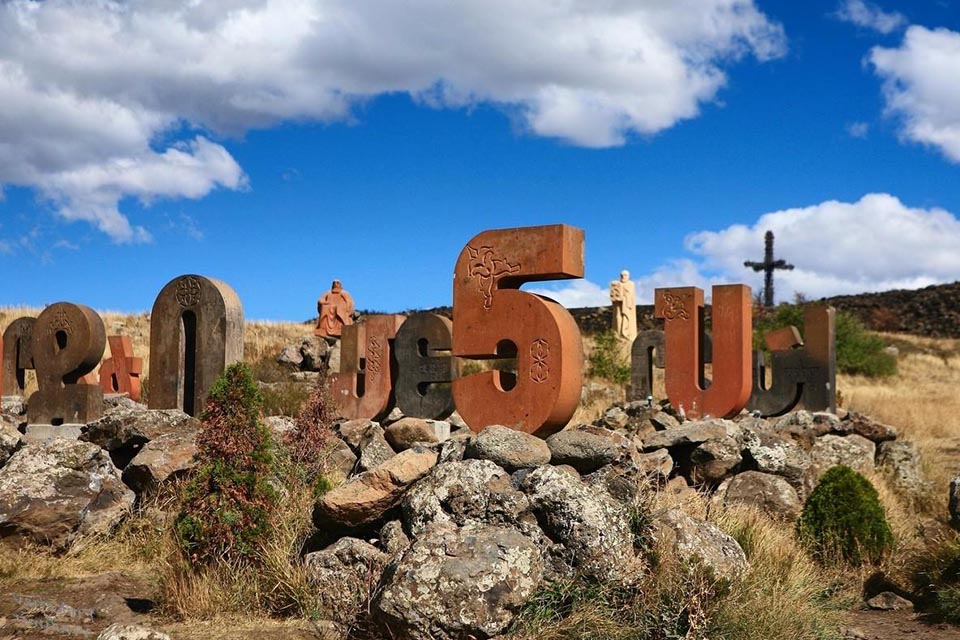 Armenian Alphabet Monument is located in the village of Artashavan, at the east side bottom of Mt. Aragats. It was erected in 2005 to the 1600 anniversary of creation of the Armenian alphabet by the design of the famous Armenian architect Jim Torosyan. The monument is an interesting demonstration of the stone carvings of 39 Armenian letters. The Armenian alphabet has been used to write the Armenian language since the year 405 or 406 and is still used to present Armenian language in written form. It was devised by Saint Mesrop Mashtots, an Armenian linguist and ecclesiastical leader, in order to make the Bible accessible to Armenians and spread Christianity. Originally it contained 36 letters and had been completed in the Middle Ages.